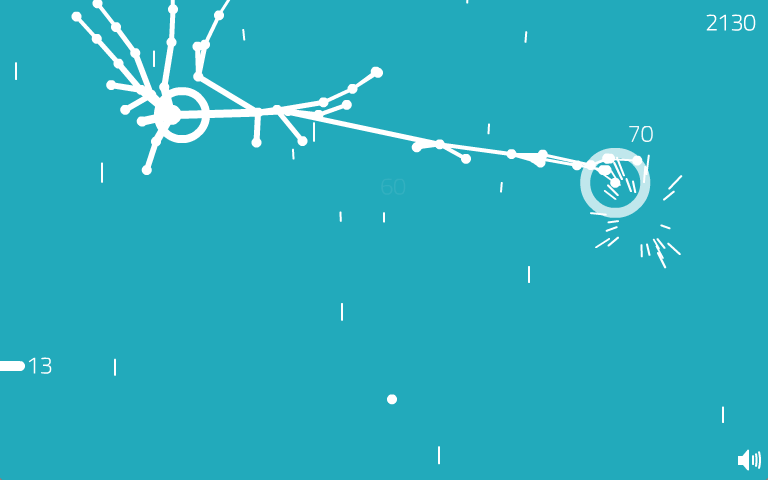 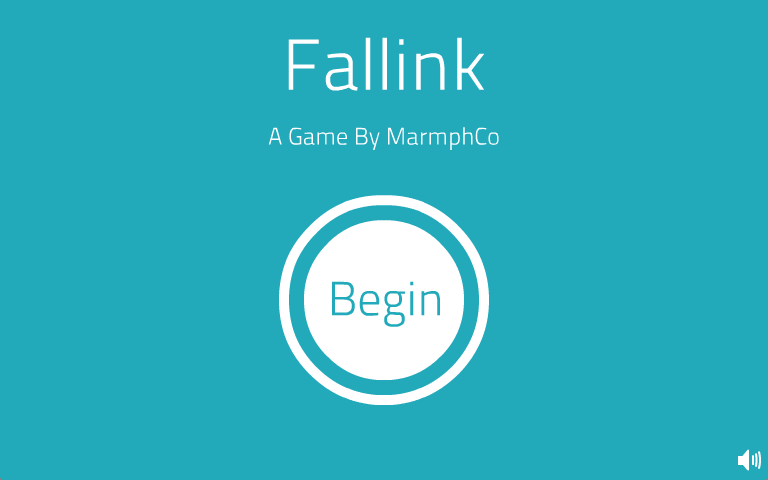 Fallink was created for the Mochimedia Summer Contest Series' June "60 Second Gameplay" Contest. My original motivation for making the game was that each developer that entered a game to the contest would get a Mochimedia shirt. I really wanted a Mochi shirt.

I wanted to make a game that involved falling, since falling to the ground from a set height would always take the roughly same amount of time. Falling seemed to fit the contest theme naturally.

Fallink was originally going to be a game about a skydiving potato that would smash into stuff. There would be over-the-top explosions, particle effects, and tons of stuff flying around the screen. That idea obviously didn't come into fruition. The idea was ultimately canned after I realized that there wouldn't be enough time for me to create any of the artwork, which would be critical for a ridiculously themed game like that.

After deciding not to use skydiving potatoes, I had to come up with some other game mechanics. I experimented a bit with constraints between game entities which chained them together. Then I tried making entities link when in close proximity. The resulting "gameplay" turned out to be almost hypnotic. I wasted quite a bit of time playing around with this prototype, so I decided to move forward with it.

At that point, Fallink wasn't really a game; it was just a bunch of falling circles sticking together. I needed to add some sort of challenge to make it a game. I decided to take the simplest route: linking orbs nets the player points, and links longer down the player's chain give more points.

I experimented with other mechanics to give Fallink a little more variety. At one point I added orbs which would destroy the player's links on contact. The link destroying orbs were nearly impossible to dodge when the player's tree of orbs got large enough. It also became too difficult to smoothly introduce them to the player alongside the normal orbs in the span of just one minute. Another ability I experimented with is chain contracting. The player would be able to contract their chain, making it easier to control the orbs linked to the ends of the chain. Giving the player the ability to contract their chain was supposed to let control their chain around more easily, but it ended up making movement more unpredictable and frustrating.

All of the graphics in Fallink are drawn with the Flash vector API. There are no embedded images. I am not a very skilled artist, so to keep things visually coherent I restricted the game to one color besides white and circular buttons. Early in development, I used a really hard shade of purply-pink (`#dd11bb`) which I found to be to hard on the eyes. I changed it to a really awesome shade of blue (`#22aabb`).

In Fallink I tried to make sure that each time the player linked an orb, there would be strong aural feedback to indicate how far down the chain the player link occurred. I achieved this by using musical notes. sfxr is usually my choice for sound creation, but it's more suited to making retro sounds. For Fallink I wanted something a less bleepy and more rich, so I used Garageband to record a few chords with a built-in software piano. The resulting sound fits well with the game and does a good job of notifying the player of their links.

Fallink, despite receiving an honorable mention in the "60 second Gameplay" contest, did not really garner much attention elsewhere. The game has less than 20,000 loads since it was released more than 2 months ago. On Newgrounds, the game did not receive any more than 1600 loads. On Kongregate, the game has received less than 150 views since it was released. Fallink barely made it out of the judgement phase because there were so few ratings.

This weak reception can probably be attributed to these factors: 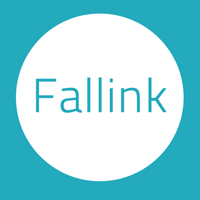 Even though this thumbnail and matches the aesthetic of the game, it's not very exciting or eye catching. A better thumbnail might have attracted more players.

2. The Gameplay may be too simple

I tried to make Fallink extremely simple. The gameplay may not have been challenging enough for some players. The other game mechanics I experimented with (link destroying and chain contracting) might have helped make the game a little less boring.