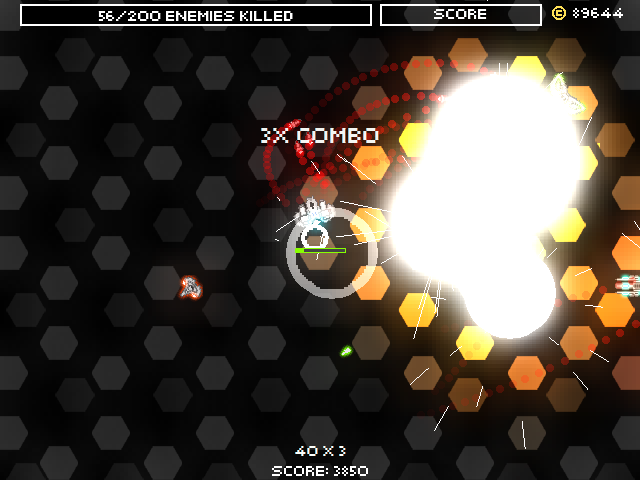 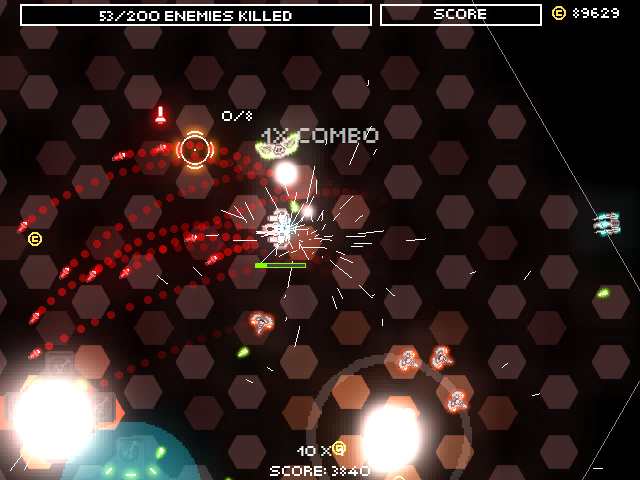 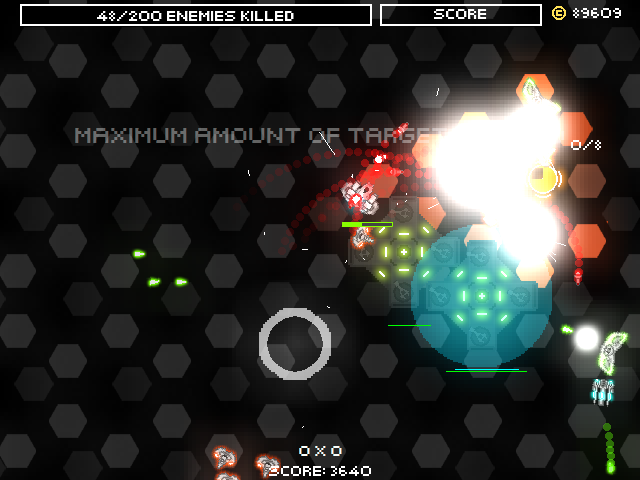 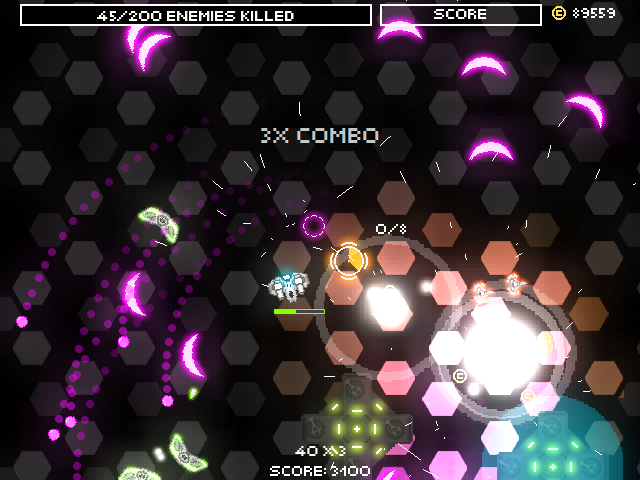 Launching missiles. Blowing stuff up. Collecting coins. Flying in circles. Feeling awesome whilst carving a path of destruction around your seemingly insignificant little ship. All combined into a single game. Yes, I know those are not proper sentences, but they look cool and provide a nice dramatic effect.

In what can only be described as an glorified interactive fireworks show, Nyos is a graphical masterpiece. It is the epitome of flash game graphical-goodie overkill, with dynamic lighting, massive amounts of particles, and even displacement mapping.

Kamikaze ships keep you on the move. Hulking motherships blast your ship to pieces with homing plasma torpedos.

Need to stop enemies in their tracks? Load up on Freeze Missiles. Need insane firepower? Arm your ship with highly volatile Kinetic Missiles.

Need a bigger challenge than the prefabricated levels? Rack up massive combos in Infinite Mode and try to reach the top of the global leaderboards.